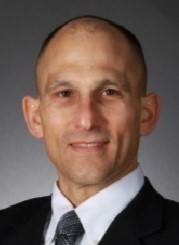 RALEIGH, NC, APRIL 29, 2019. Colonel (USA ret.) David Hayden, Chairman of the Board of the Veterans Life Center (VLC), has announced that retired Marine Corps Brigadier General Thomas Gorry has been named Executive Director of the VLC, effective May 1. The Veterans Life Center, currently under construction in Butner, NC, is a residential facility designed to house 100 at-risk 21st Century veterans and provide therapeutic, counseling and educational services to help them reintegrate into civilian life.

General Gorry will oversee the final development of the program and staffing of the facility and, when it opens in the spring of 2020, manage all operations.

“We are extremely fortunate to have a person with General Gorry’s accomplishments managing the Veterans Life Center,” Hayden said. “I am confident the center will be in good hands with him at the helm.”

Gorry served 32 years as a Marine officer, including a deployment in Afghanistan, and assignments in Germany and Japan. He also was commanding General of all Marine Corps installations on the East Coast, headquartered at Camp Lejeune, NC, and served as President of the Marine Corps University from 2016 to 2017. [See attached for a more complete biography of General Gorry. Photo also attached.]

“I am very excited to have the opportunity to stand up this innovative and badly-needed facility,” General Gorry said. “These young heroes face many challenges when their tour of duty ends. Whether they suffer from PTSD, Traumatic Brain Injury or some other service-related condition, far too many 21st Century veterans have mental and behavioral health problems which put them on a path to crises which can lead to homelessness, incarceration, suicide or premature death.

“The Veterans Life Center will be an intervention which can turn their lives around and make it possible for them to find a constructive and personally-satisfying role in civil society,” he added.

The VLC was founded several years ago by a group of young veterans, led by Iraqi War veteran John Turner. With no money and no political backing, they gradually built a network of support that resulted in the NC Council of State leasing them the land on which to build the center, and a HUD community development block grant to cover the costs of construction.

Many foundations, corporations and individuals have also come forward with donations to cover program development and other expenses, providing the needed resources to move the project toward completion.

Turner, who has held the title of executive director during this period, will now become Founder and Senior Advisor to the Board, and will focus on expansion and future expansion of the VLC concept, including fund-raising and policy development.

“I am honored that we have been able to create a concept and a facility that would attract a person of General Gorry’s accomplishments,” Turner said. “I have complete confidence in his ability to manage the center and look forward to working with him in the coming months and years.

“From the beginning, VLC has been all about the veterans we will serve. Today’s announcement is great news for them, because the vision we have developed since our little group first got together will be in expert hands as it begins operations,” Turner added.

General Gorry said his initial focus would be on completing design of the program of services and operations for the center. This will be followed by staff hiring and training, so that the facility can begin functioning as soon as possible when the building construction is completed. Services offered, either directly by VLC professional staff or by agreement with existing community medical, psychological and educational institutions will include behavioral health treatment, life skills training, family and spiritual counseling and vocational education. The plan for each veteran served will be custom designed with the participation of the veteran him or herself.

... and hundreds of caring people like you. THANK YOU!